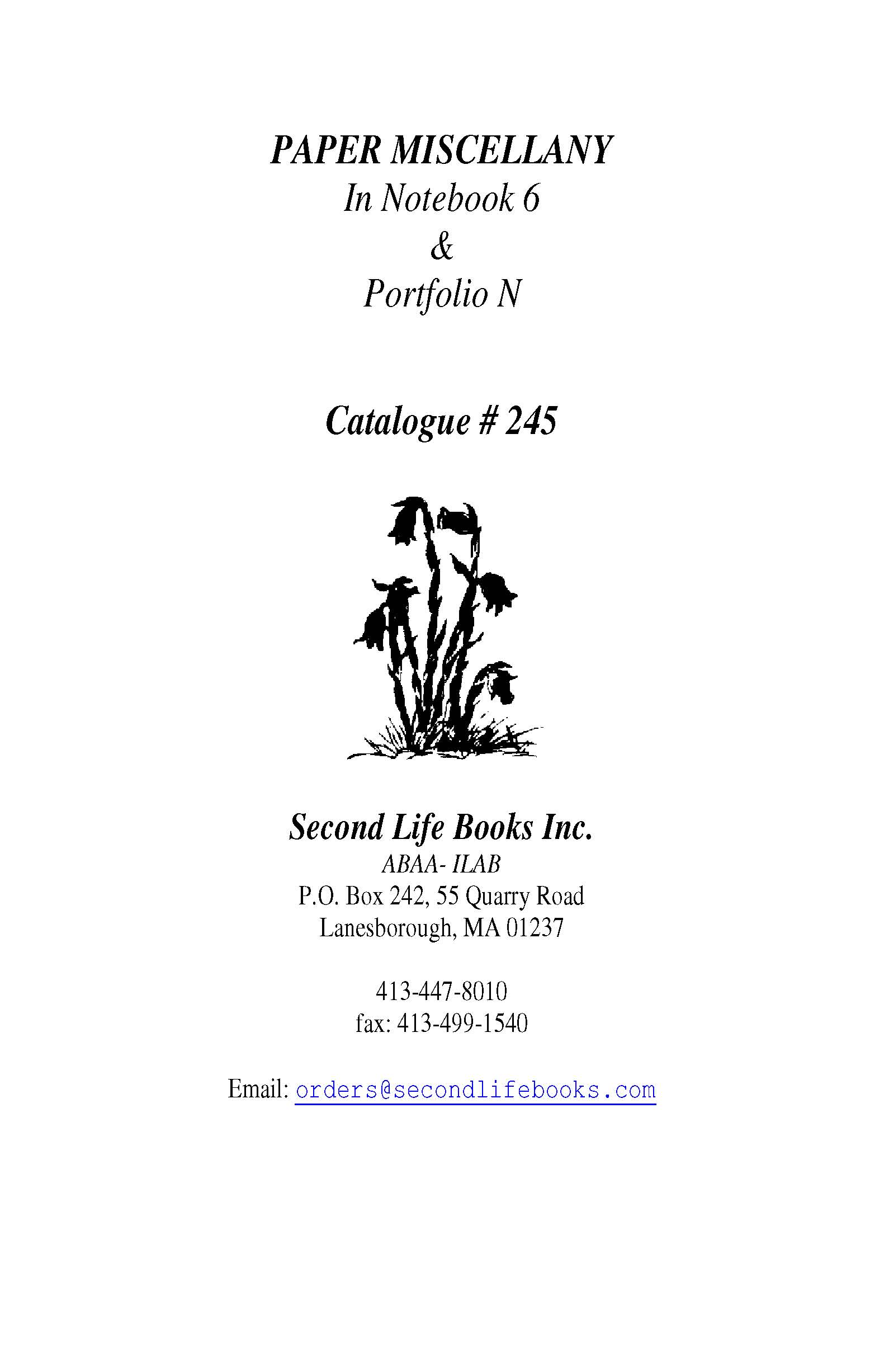 A Miscellany of 65 items

Smithfield: J. Evans & Son, also sold by J. Hatchard, London and Binns, Bath; Bulgin, Bristol, [1817]. Bewick? First Edition. Folio, broadside, 15 x 9 in. printed in 2 columns inside a decorative boarder with an unsigned woodcut vignette of two men sitting next to a table (by Bewick?) A very good clean copy. This is not in the Thoughts on the Importance of the Manners of the Great to General Society (1788) but is printed in the 1818 edition with the same title but listed under the chapter title: "Tracts Written During the Riot of 1817" . So, we have dated this as 1817. Not in the Spinney checklist, not in OCLC. Rare. Item #59729

Publication of the Cheap Repository Tracts, under the guidance of Hannah More, began in March, 1795, and continued until November, 1797, by which time 114 different titles had appeared. Many of the titles were reprinted, some frequently. Though the various printings show obvious typographical differences, the sequence is not always easy to determine, and the best attempt to sort out the bibliography of these tracts appears in an article by G. H. Spinney, published in the Transactions of the Bibliographical Society (New Series), Vol. XX (1939), pp. 295-340. As Spinney points out, the very earliest tracts, printed from March to May, 1795, have S. Hazard listed as a printer, but J. Marshall as a bookseller only. At some point in May, the imprint changed to give Marshall as a printer as well,.
Certain publications of this repository have been positively attributed to More, others are not yet proven, although it seems most likely that she wrote them all. "With some help from her sisters and friends, she produced three tracts a month (a tale, a ballad and a tract for Sunday reading) for three years, which were sold for a penny"[DNB]. DNB notes that the tracts signed "Z" were by Hannah, the ones signed "S" by Sarah More. More had a falling out with Marshall and Hazard in 1797 and she "appointed Evans and Hatchard publishers ..." The concentrated mainly on reprints but also issued 5 new braodside between Novemeber and may of 1798. The present piece is not listed by Spinney but does appear in More's "Thoughts on the Importance of the Manners of the Great to General Society" (1818) and possibly earlier. The first of this title is 1788. This broadside was reprinted anonymously by R. Harris in London in 1830. (which is located in OCLC with just one copy.).