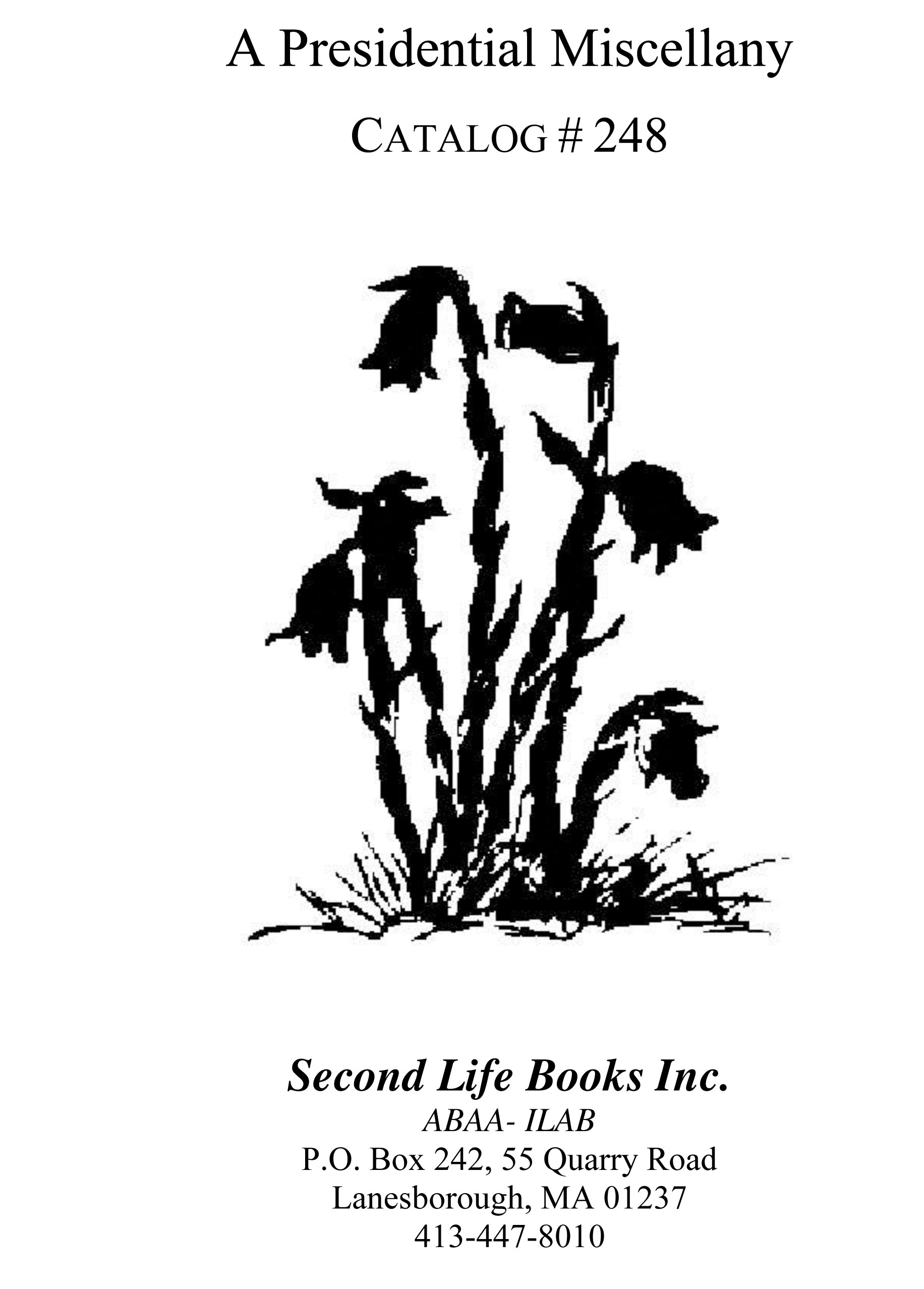 98 Books in many fields - all of whioch mention The President (1969). First Edition. 4to, Illustrated wraps (some soiled and partially faded to blue), leaves a little wrinkled, some brown staining to a spot on the cover, and the inside front cover, the rear cover and the inside rear cover, just good, complete. This is filled with photographs of the performers, psychedelic drawings and much more. Considering the conditions of rain and mud, it is amazing any of these survived. This is the rare original program of the days of music, peace, mud, acid and love at Max Yasgur's farm that took place in August of 1969. Item #57106

From Wikipedia: "The Woodstock Music & Art Fair—informally, the Woodstock Festival or simply Woodstock—was a music festival attracting an audience of over 400,000 people, scheduled over three days on a dairy farm in New York state from August 15 to 17, 1969, but which ran over four days to August 18, 1969.Billed as "An Aquarian Exposition: 3 Days of Peace & Music", it was held at Max Yasgur's 600-acre dairy farm in the Catskills near the hamlet of White Lake in the town of Bethel. Bethel, in Sullivan County, is 43 miles (69 km) southwest of the town of Woodstock, New York, in adjoining Ulster County.During the sometimes rainy weekend, 32 acts performed outdoors before an audience of 400,000 people.It is widely regarded as a pivotal moment in popular music history, as well as the definitive nexus for the larger counterculture generation.Rolling Stone listed it as one of the 50 Moments That Changed the History of Rock and Roll.The event was captured in the Academy Award winning 1970 documentary movie Woodstock, an accompanying soundtrack album, and Joni Mitchell's song "Woodstock", which commemorated the event and became a major hit for both Crosby, Stills, Nash & Young and Matthews Southern Comfort.