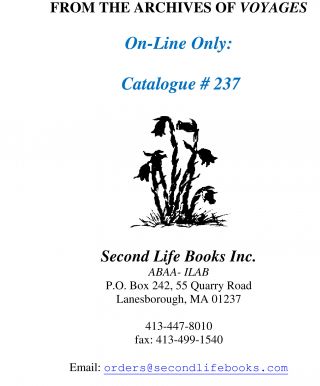 Over a 100 items of books and manuscriots from the holdings of William Claire, editor of the literary magazine Voyages

Add to Cart Ask a Question
See all items in Art, Literature