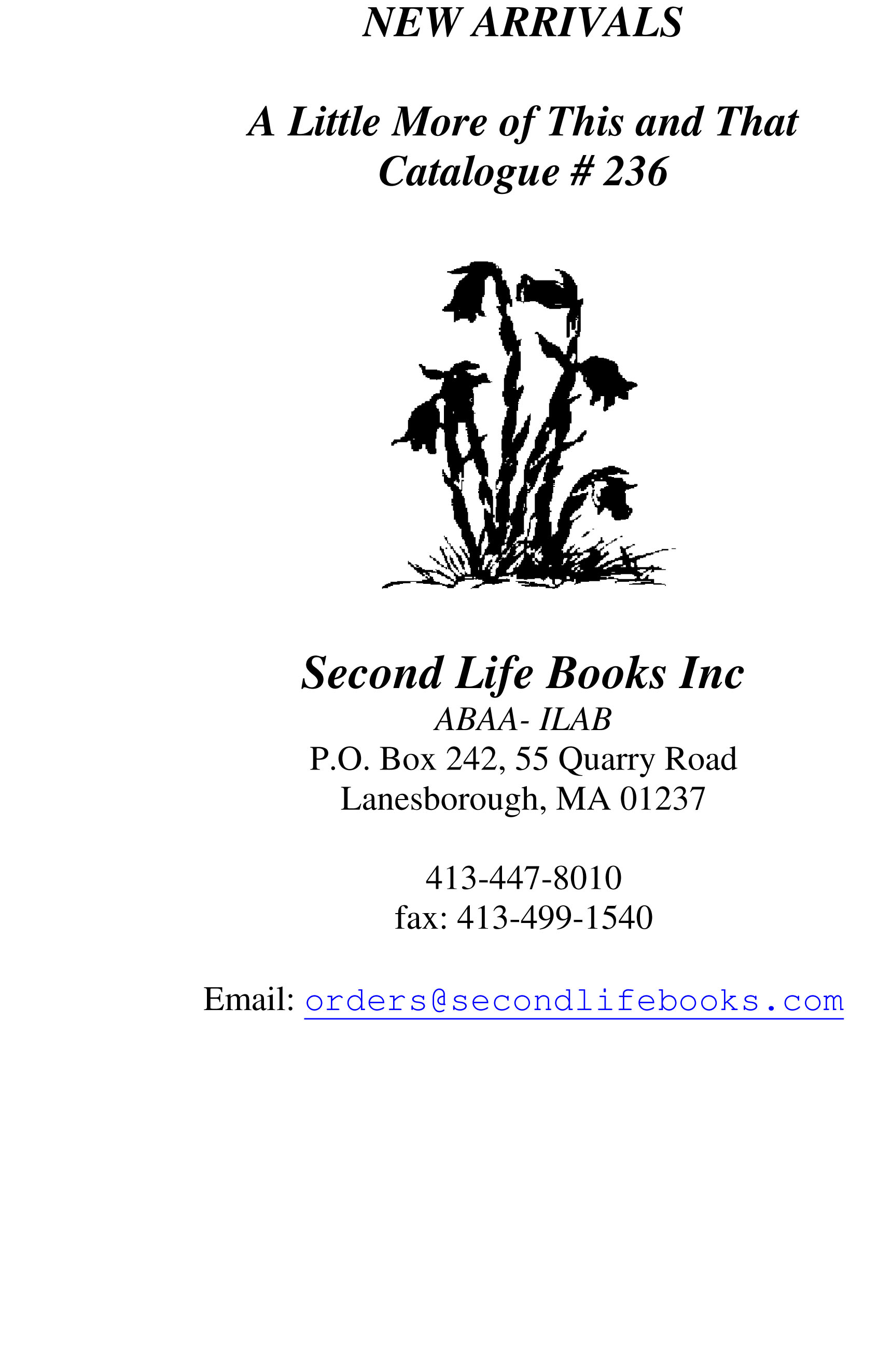 New Arrivals with a couple of additions. 65 items.

Stedman (1744-1797) was a member of General John Stuart's regiment from 1760 until he was given this opportunity to see the new world in 1772. The DNB notes that Stedman's report is a model of what such a book should be. Its rules for marching and fighting amid tropical swamps anticipate those laid down for the Ashanti expedition. The field of his curiosity embraced not only all branches of natural history, but also economical and social conditions. His descriptions of the cruelties practiced on the negroes, and of the moral deterioration resulting to their masters, forms one of the most vivid indictments of slavery that have been penned. While he did his duty as a soldier in the pay of Holland, he does not disguise his sympathy with the rebels. Fields adds: If there is a spot on earth, within which the horrors of the infernal regions are anticipated, it must be Surinam. The moment that civilized man sets his foot upon the soil he becomes a fiend, and the atrocities which he perpetrates upon his kind would shame his brother devils. Stedman's work is a record of such horrors ... The intercourse of Stedman with the aborigines was very limited, yet he gives some new and interesting particulars regarding them. Of Particular interest in this volume is that 14 of the plates were engraved by William Blake. Gilchrist notes, Blake did not neglect humble task-work which secured him a modest independence. He was ... busy on certain plates for a book of travels, ... Stedman's Narrative ... Of these elegant engravings, Blake executed fourteen; Holloway and Bartolozzi were among those employed for the remainder. Negroes, monkeys, `Limes, Capsicums, Mummy-apples,' and other natural productions of the country, were the chief subjects which fell to Blake's share[Gilchrist, Life of William Blake, vol. 1, p. 136].